Please join us for Sunday worship in-person or watch online at 9:00 am 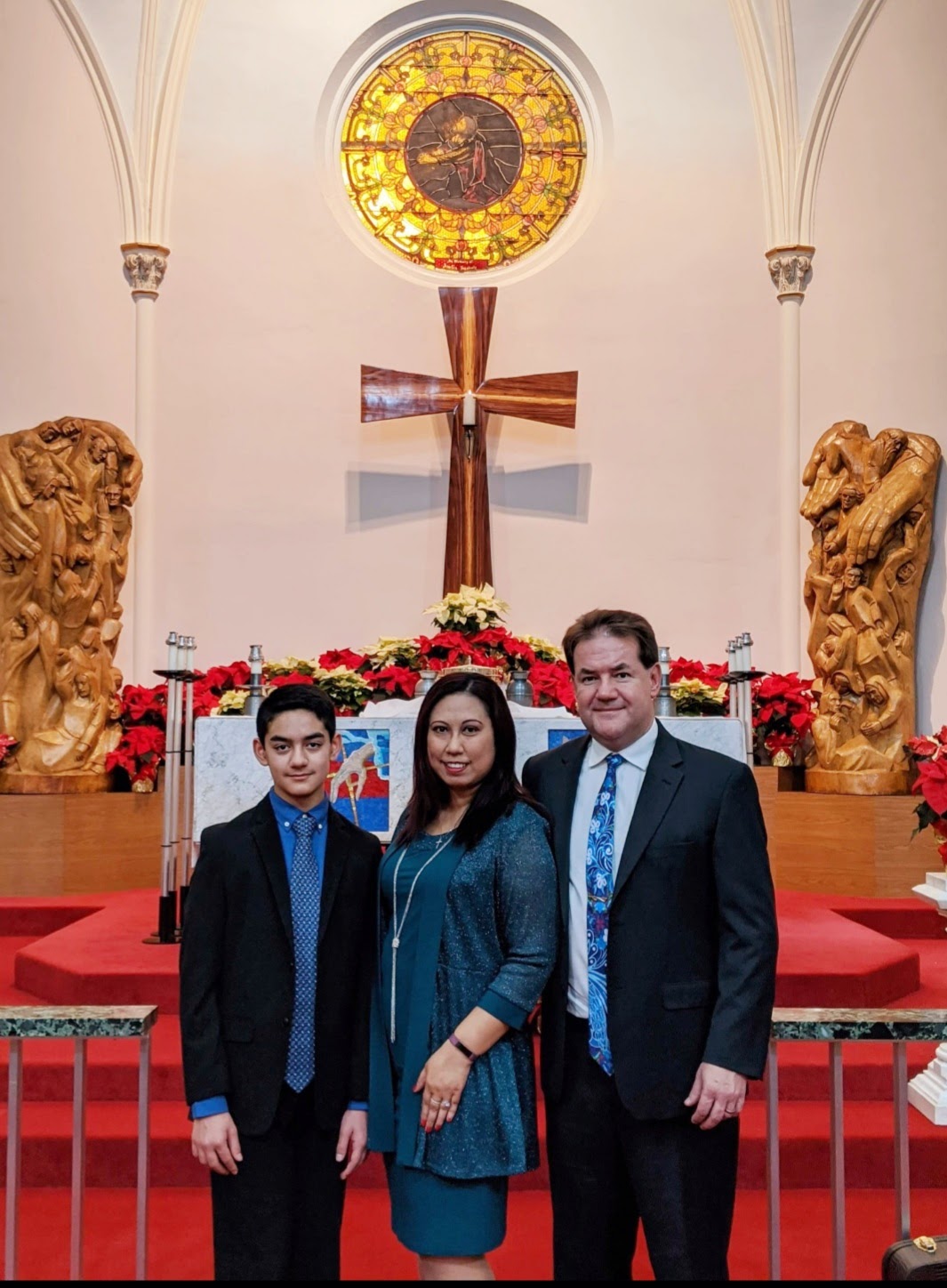 Brian is a vice-president of information systems at Allied Chucker, a company founded by his father along with his associates.

Lidya is originally from Jakarta, Indonesia.  She is a photographer and enjoys cooking and entertaining.  She became a U.S. citizen in 2011.

Darren is a 7th grade student at Trinity school.

Brian has been a member of the church choir and has been on the church council for 11 months.  He has also served on the school board.

The Schalhamer family has been involved with Trinity since circa 1917.  Brian’s dad was baptized in 1919 at Trinity.  Brian’s mother taught at Trinity School for one year and later started the preschool program.