Join us for worship on Sundays at 9:00 am in-person or   online.

February 5,2023 at 2:00pm, will be the date of Installation of Trinity’s Called Pastor, the Rev. J Derek Riddle. Following the service, we will have a reception in the Fellowship Hall.  Join us!

The Founding of Trinity congregation dates back to the early 1860s. Although 1868 is regarded as the official date of its founding. The first minutes are dated October 6, 1863. The first house of worship was a small frame building on the corner of Cortland and Mechanic Streets. 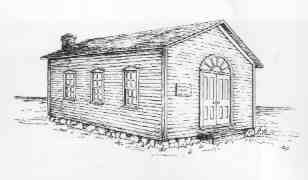 The first pastor was the Rev. I. N. Wolf, a convert from Judaism. Under his leadership, the small congregation began to grow. In 1880 several lots on Wesley Street (our present location) were purchased for $51,000.00. The second church building was erected on this site and dedicated on November 20, 1881. 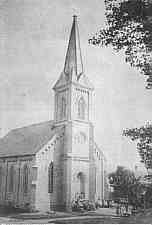 In 1872 a Christian Day School was organized. In 1905 a large school building next to the church was dedicated. After World War I, interest in the school lagged and in 1929 the school was closed. Thirty-two years later, in 1961, a new school building program was undertaken on McCain Rd. The school prospered and each year has seen a growth of enrollment. Three new classrooms were added in 1963.The present church building, Trinity's third house of worship, was dedicated in 1921 at a cost of $80,000.00. Along with the development of the day school was the founding of a daughter congregation Redeemer. Until the dedication of their first church building in 1966, the congregation worshipped in the school gym. 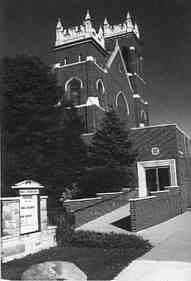 On May 5, 1968, Trinity's Centennial year a new pipe organ (1,596 pipes) was dedicated. In grateful recognition of the donor, the new organ was named the Emma Stowe Memorial Organ.

In 1970, an extensive church renovation program was undertaken. It involved a spacious narthex, a new heating system, and replacement of all church furnishings. The congregation, under the guidance of Dr. W. Harry Krieger, was most fortunate to obtain world famous reredos known as "The Altar of Mercy" done by renowned sculptor, Otto Flath of Germany.

In 1974 the Trinity Center was built to provide office space, Sunday school rooms, and youth rooms.

In 1977 another addition to the school was completed, including three classrooms, a learning center, stage and shower rooms.

In 1983 the congregation purchased the Fred Schmid property on McCain Rd., which ultimately was renovated, and served as our child care center until 2008.

In 1992 major repairs and improvements for the church were approved by the congregation and were completed in 1993.

In 1996 another four classrooms, plus restrooms were added to the school. An addition to the school kitchen was also completed.