Please join us for Sunday worship in-person or watch online at 9:00 am

NEW!!  Sign up for Joining Jesus Show Me How Zoom Discussion Group 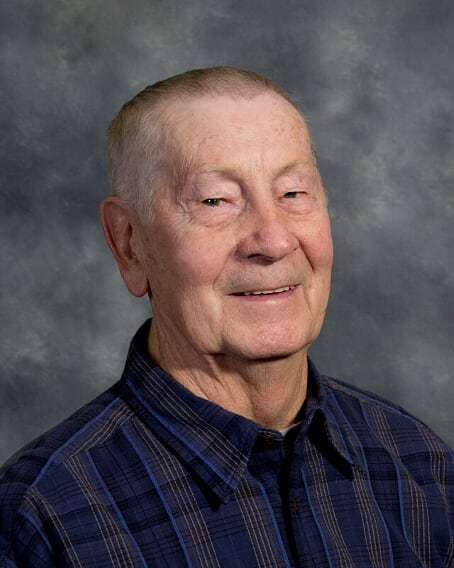 What brought him to Trinity? Dick met Marilyn Bofink in 1951. She was a life-long member of Trinity, and he attended Trinity with her. He was drafted into the military in 1951 and discharged in 1953. They continued their friendship and he was baptized and confirmed at Trinity on April 1, 1954 by Pastor Riedel. He and Marilyn were also married around that time. He has been a member for 66 years. Dick will turn 90 years old in November.

What groups or activities has he been involved in since becoming a member? Dick has been active at Trinity all his life since being confirmed. He has served on the Christian Life Commission, on many other committees, and has been and still is an usher for a very long time! (it seems like forever to him.) Dick and Marilyn’s three children all attended Trinity Lutheran School, so he was active there too.

Interesting memories? During all these years there have been many memorable pastors. His favorite is Dr. Krieger.